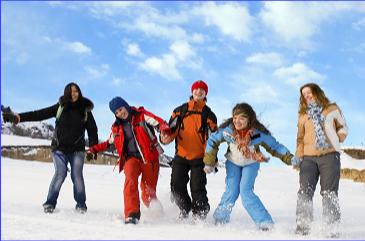 After 16 years as a teacher and 23 years as a parent I find this to be the number one issue with parents of  millennials.  Are you a parent or do you want to be their friends.  There is a distinct difference between the two.

A friend is there for them through thick and thin.  They often times give credence to whatever the young teenager is thinking whether it is right or wrong.  Teenage friends are often afraid to tell each other the truth in fear of hurting each other’s feelings.  Teenage friends will often do anything or say anything to get the approval of their friends.  While this may seem OK for the 15 year old it is the opposite tract a 30 something year old parent should be taking.  Parents who are trying to be friends often allow things to happen that never should.

Webster’s dictionary defines friend as  a :  one attached to another by affection or esteem She’s my best friend.b :  acquaintance.  On the surface this definition seems harmless enough but when you look up synonyms of the word you begin to get a different picture:  buddy, chum, comrade, confidant, crony, familiar, intimate, pal.   Now I do not know about you but my father would have never been ok if I described him as my pal.  These words give us a clear picture of what parent should not be.  One cannot perform the task of a parent and be  a bff (Best Friends Forever for us old people)

Now do not get me wrong we often find our spouses or parents as some of our closest friends but this is after the parenting process has changed into more of a role of mentorship.  There is a distinct difference in the raising of millennials and mentoring millennials.\     Let us look at the other side of the coin.  How does Webster’s define a parent:  a :  one that begets or brings forth offspring just became parents of twins  b :  a person who brings up and cares for another foster parents

Part B of the definition helps us clearly delineate the difference between parent and friend.  A person who brings up!  That is a very open ended definition but it is amazingly truthful.  Bring up would mean to provide care, safety, nurturing , protection, guidance and yes DISCIPLINE.

I have sat across from many a parent in many a meeting who have said to us as teachers I did not want to make them made at me.  It becomes very difficult to discipline a child when there is no teeth behind the discipline.  Do not get wrong I am opposed to corporal punishment but I am not against disciplining our teenage and young adults by various proven methods.  The key to all of this is starting it young.  It is an old saying that Respect is earned.  If you constantly threaten your 10 year old with some form of discipline but you never follow through in fear of losing their love you are going to be in a world of hurt when they are 17.

A lesson I learned from my own children the hard way.  My business took me away from home a lot and my ex wife was left with the responsibilities of administering discipline.  She often would tell my youngest to wait till your father gets home.  By the time I got home any discipline would be of little to no use because the action was long since gone.

Unfortunately many people equate discipline with anger and they are two diametrically opposed thoughts.  You get angry with someone and the resulting actions often issued with no end result in mind.  Anger will not solve the problem only exacerbate it.   Discipline involves love and correction.  When a child or teenager acts up and deserves discipline the discipline that follows is to teach them a very important life lesson.

Much of this sounds like common sense and in reality it is.  However when you mix love into the equation it changes our approach to everything.  No one can ever truly love your children like you do.  Teachers, Coaches and girlfriends may all say they love them but paternal love is the top of the rung.  Paternal love sometimes gets in the way of our ability to educate our children.  Fear of their anger or losing their love sometimes steps in and runs interference with our ability to think.

When I was a child the church always talked about the age of accountability.  No one could ever put a finger on it.  What is the age we become responsible for our own actions.  Judaism for example uses the age of 13 as the milestone of when a child becomes an adult.  I can tell you this after teaching 7th and 8th graders for the better part of 14 years it surely cannot be at 13.  I believe that age is dependant on how we have raised our kids.  Their is a fine line between under parenting and over parenting both of which can be bad.

I have learned in my 23 years of raising my sons, the highest form of love I can give them is discipline.  I have failed miserably in this areas on a lot of occasions and still find myself suffering for those errors at times.  More importantly because of my lack of discipline I believe my sons lost some life lessons they truly should have gotten.  My best advice to you and advice that I am really just now fully understanding myself is be a parent not a friend.